Had a call about a possible adder attack on a family cat and the owner brought down the cat and also the adder. He was brought in a small detergent box. After carefully opening the box and tipping the snake into a large plastic container we realised we were dealing with a grass snake, most likley male. These snakes are non-venomous and do not constrict so they are absolutely harmless to people. However cats are a big predator to them and the poor snake was most likley on that cats lunch menu. 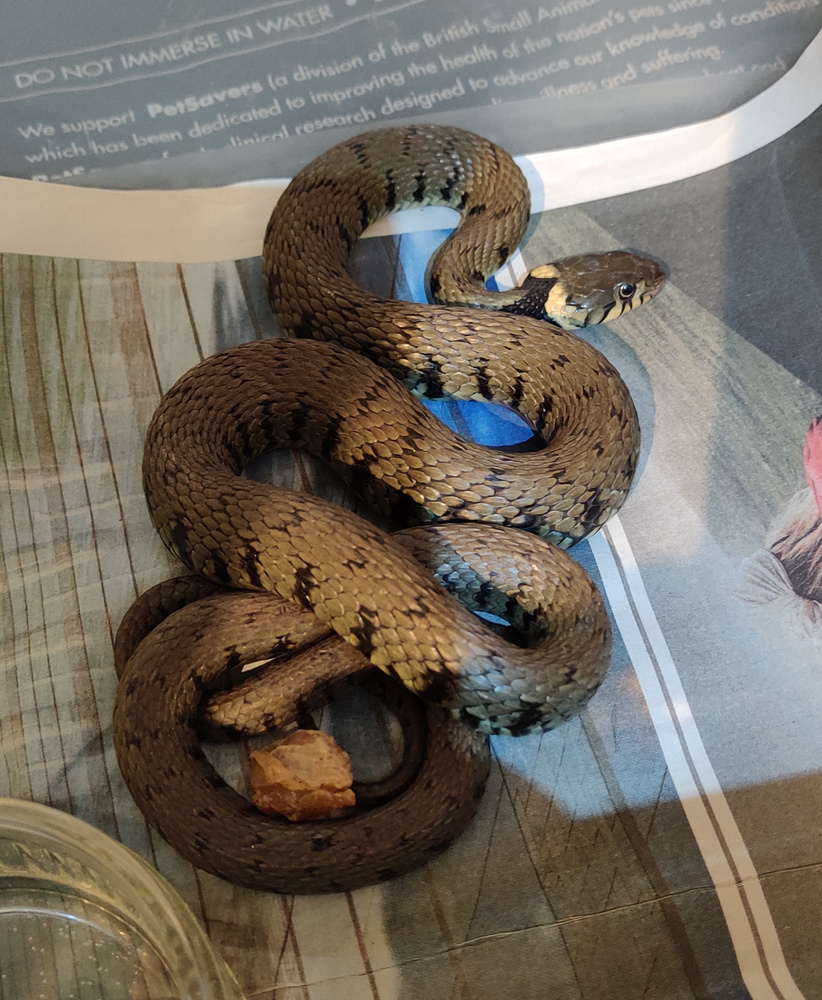 He had a few wounds round his head and body, one of them right next to his eye but otherwise he seemed ok. We gave him some pain relief and anti-inflammatory medications by injection and let him settle. The plan was I would take him somehwere that upcoming weekend and relese him. Didn’t want to just call him “the snake” so somehow I cam up with Pablo. The probelm is that Pablo had other plans. On the third day of his visit with us and the day I was going to release him we came to work to find his “cage” was empty. Yes, he did a runner. We searched everywhere.

I checked twice daily and even setup a camera in order to find him, nothing. I thought he must have escaped outside only to find him right next to the front door on Monday morning.

Didn’t give him another chnace to escape and first thing after work I took him to Mortimer forest and released him in a lovely secluded pond, far away from human habitat and prowling cats. Of course all this with the Forestry Commission warden’s consent.