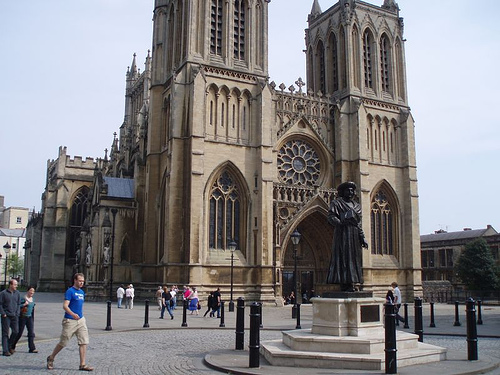 I received a mail today from an on-line publisher of digital travel guides called Schmap that my photo of Bristol Cathedral was chosen to be included in the fifth edition of the Schmap Bristol Guide.

I received an e-mail a while ago saying that the photo was short-listed for it and I didn’t think my photos were good enough for somebody to publish them in a guide. Well I am still not a great photographer, maybe not even a mediocre one as my equipment is testament to, but I am still proud to be chosen none the less :-)

The page with my photo can be seen here.

I have heard from the Amroth Castle website that they want to publish a couple of my photos that I took at the Robin Hood filming location in Freshwater West.